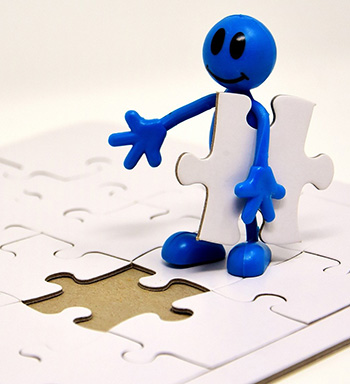 The German word for "the" varies according to what type of noun it's referring to. Type of noun?!?! Nouns are either masculine, feminine or neuter.

E.g. der Ball [the ball] is a masculine noun.

Whether a German noun is the masculine type of noun, or the feminine or the neuter, usually has not much to do with its meaning!

An online dictionary like LEO will tell you if a noun is der, die or das.

Get the der/die/das table open in a separate window [to help you] and then do this practice exercise on German noun gender.

When we talk about how different parts of a sentence give the whole sentence a meaning, we can talk about the subject of the sentence (Nominative case) and the direct object (Accusative case).

The subject of the sentence is the thing or person doing the verb action (e.g. I, he in English).

The direct object of the sentence is the thing or person that the verb action is directly done to (e.g. me, him in English).

For example: "I visit my brother in QLD" / "My brother visits me in VIC"

Get the der/die/das table open in a separate window [to help you] and then do this practice exercise on subject (Nominative) and object (Accusative).

Interrogatives (question words: pick the right one to fill the gap)

Info, examples, photos and exercises on how to compare things using adjectives in German...

How to use some Tricky Expressions in German.

Source of the puzzle graphic displayed at the top of this page: Alexas_Fotos from Pixabay.