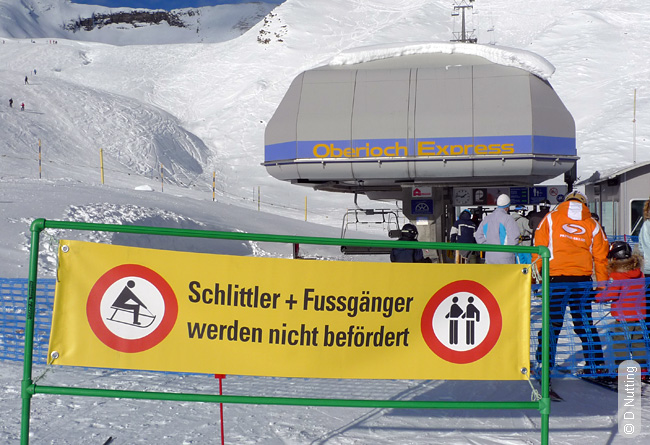 "Tobogganers and pedestrians are not transported." (Switzerland)

What do we mean by "the Passive"?

"PASSIVE" SENTENCE:  Lleyton Hewitt  is being/is getting beaten by Roger Federer at the moment.

Notice that the object in the active sentence has become the subject of the passive sentence.

Why do we use the Passive?

The passive is often used in order to focus the reader's or listener's attention
on the thing/person which something is being/getting done to.

Sometimes it is used in order to avoid mentioning by whom it was done .

e.g. Lleyton Hewitt is being/is getting beaten. (You can leave out "by whom")

How to use the Passive

The passive is formed/used by using the verb WERDEN (in whichever tense is appropriate, e.g. present, perfect etc.), and the participle of the other relevant verb.
You can check the participle of strong verbs in the Strong Verb List. If not in the list, it's a weak verb, works like machen = gemacht.

participle = gemacht
PASSIVE: Der Hochzeitskuchen wird von der Mutter gemacht. (The wedding cake is being/is getting made by the mother)

In German, the by in the passive is expressed with von + DATIVE, if it is by a person/people

If it is done by an inanimate thing (e.g., by the weather, by a computer), then the by is expressed by durch + ACCUSATIVE 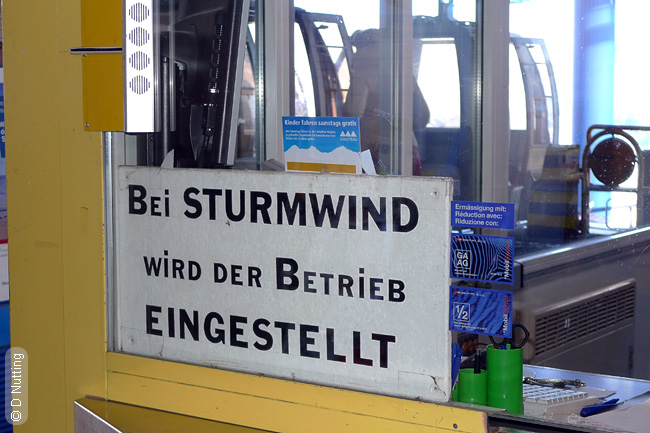 "In strong winds operation [of the cable-car] is [gets] suspended." (Switzerland) 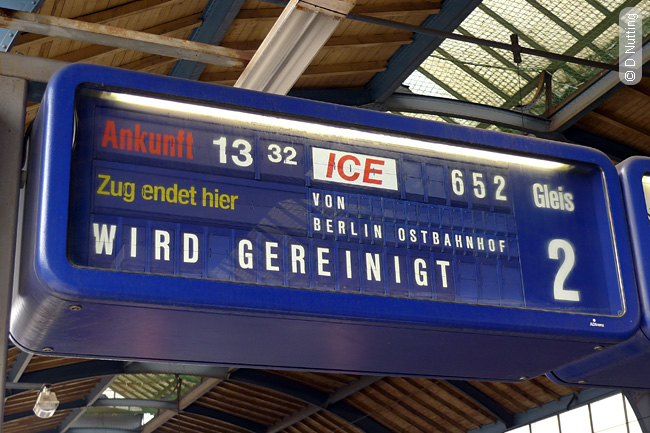 The train is being cleaned.

Remember that in the Passive you can leave out by whom something will be done, as in the official sign below, on a river bank in the city of Passau, Germany: 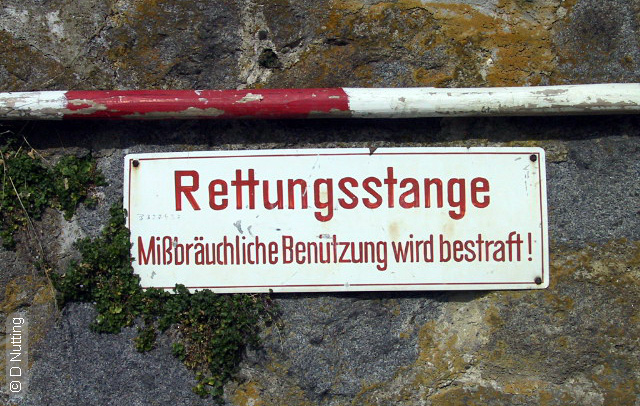 Passau lies on the confluence of three rivers: the Donau, the Inn and the Ilz.
If you saw someone fall into the river you'd grab one of these rescue poles first! ("Misuse gets [will be] punished.")